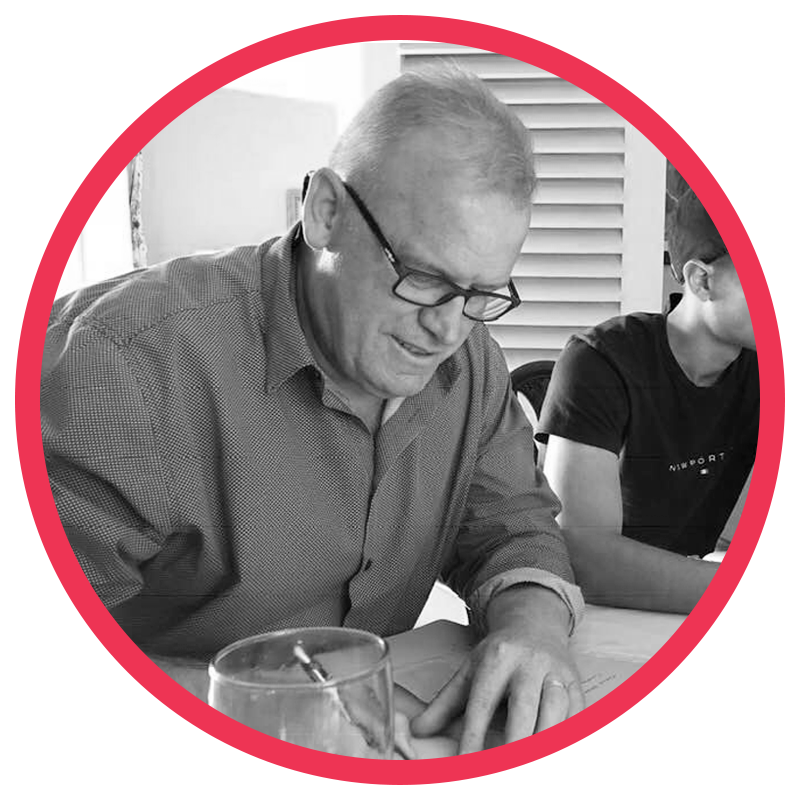 Iain Shippey is a speaker, writer, coach and TV commentator and analyst. He spent years playing a support role to Springbok Rugby players. In 2019 he was asked by the SA Men’s Hockey Coach, Garreth Ewing to assist him as a leadership and culture coach, as the team prepares for the 2021 Olympic Games in Tokyo.He provides commentary on the psychological and social aspects of sport in the context of the new SA for eNCA; and has worked with Cricket SA in Coach and Player Development.

Iain founded Thincsport in an endeavour to Partner with players, coaches and parents – and consults to individual players, business leaders, coaches, schools, clubs and universities to help them seize the mental edge and develop into transformative leaders. He runs courses in Leadership and Applied Sports Psychology; and comes to life at the intersection of professional sport, coach mentorship and youth development – describing this as the juncture in which sport facilitates infinite possibility between Millennials and Generation Z.

Iain did his schooling at Parktown Boys in Johannesburg and was the Captain of the 1st XI Cricket Team in 1986, the same year that he received his Provincial Colours for Hockey. His first job after ten years of delivering newspapers was coaching the U 16 Cricket Team at Parktown Boys. Iain coached U 16 Cricket and U 15 Hockey while he was a student. Iain played representative sport again in his 21st year when he represented the Transvaal (now Gauteng) Military Teams in both Cricket and Hockey. The Cricket Team was formidable and won the Inter-Provincial Week.

In 2004 different threads of his life began to weave together when he was invited by senior players of the Springbok Rugby Team to give them motivational input. This initial invitation lead to Iain playing a significant role in the lives of members of the Springbok Team. In consultation with Senior Players, Iain travelled to the Rugby World Cup in France in 2007 and again, to New Zealand in 2011. Former Lions Coach, Johan Ackerman described him as a ‘servant of South African Rugby.

Iain’s love for the Teen generation led him to spend one night a week with the Kaizer Chiefs Youth Team in 2005. He met Khune Itumeleng as a 19-year-old – when he was first breaking into the SA U 20 Team. Khune has captained both SA and Kaizer Chiefs.

Iain has a Master’s Degree from Regent University in the field of Organisational Leadership. His love for sport and inspiring sportsmen led him to the door of Dr Patrick Cohn, one of America’s finest Sports Psychologists. Iain completed the MGCP (Mental Game Coaching Professional) Course through Peaksports and was mentored by Dr Cohn. Iain is licensed to teach Dr Cohn’s material. He has recently completed an additional qualification, a Certificate in Psychology for High Performance Sports through the Barca Innovation Hub, part of the famous Barcelona Soccer Club in Spain. He is also currently lecturing Sports Psychology at SACAP (SA College of Applied Psychology).

In the last few years Iain has been a regular speaker at the ShadowBall Nashua Rugby Skills Program. He has a close relationship with the inventor of the ShadowBall, Gary Crookes. He teams up with former Springbok and Supersport Rugby commentator Gbobani Bobo for ShadowBall, speaking on player development and the psychological element of the game. Iain has also spoken at the Powerade Performance Academy and has recently been privileged to address the Springbok TagRugby Team before their departure to Australia for the Tag Rugby World Cup at the end of 2018.